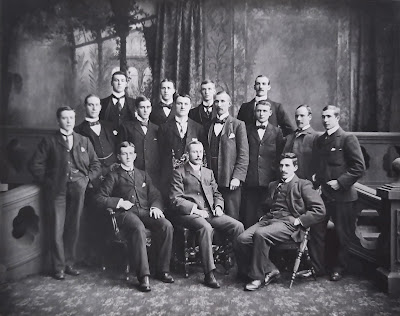 The Glasgow Cup campaign got under way with a big win against Cameronians and was followed by victory over Third Lanark in the semi-final. However, the final went less well, with the Spiders going down 4-0 to Rangers at Cathkin Park. The Scottish Cup followed a similar pattern - two easy wins followed by yet another loss to Rangers. In the Glasgow Charity Cup, Queen's suffered a 3-1 home defeat to near-neighbours Third Lanark.

In the Glasgow League, Queen's Park could not quite equal the previous season's heroics, but finished in a very creditable second position, one point behind Rangers.

At the end of the season, Queen's Park embarked on the first ever tour to continental Europe by a Scottish club. Two games were played against Danish Football Union select sides, with the aim of improving the popularity and quality of football in that country.

The Queen's Park Strollers had a successful season in the Scottish Combination, finishing in second place behind Rangers 'A' with seven wins and five draws from their fourteen matches. 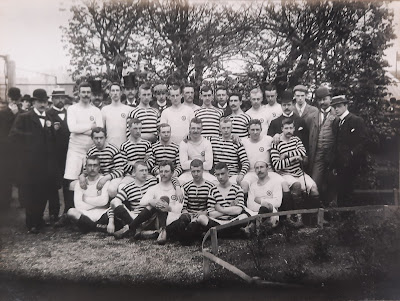 * Hamilton withdrew from the Combination after being elected to the Scottish League. Thornliebank took their place and inherited the results of the three games Accies had played in the competition.